The ten days of public mourning following the death of Queen Elizabeth II will end on Monday, Sept. 19. 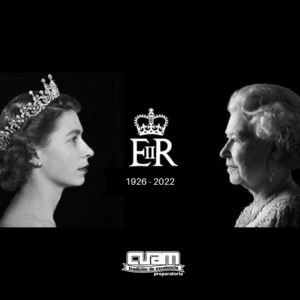 The ten days of public mourning following the death of Queen Elizabeth II will end on Monday, Sept. 19 with a full day of funeral proceedings, which begin in London and end in Windsor, where she will be laid to rest.

The Queen’s funeral at Westminster Abbey will be attended by world leaders, including President of the United States, and representatives from across the Commonwealth of Nations.

The ceremony will take place at Westminster Abbey, were Elizabeth II married Prince Philip and had her coronation, beginning at 11 a.m. London time, and will culminate in two minutes of silence for the Queen across the U.K. and the playing of “God Save the King”—a change after 70 years of “God Save the Queen.”

10:44 a.m. (5:44 a.m. ET): The royal procession leaves from the Palace of Westminster to Westminster Abbey, followed by the Royal Family.

Noon (7 a.m. ET): The funeral ends with reveille, the U.K. national anthem (“God Save the King”), and a lament by the queen’s piper. The coffin will go on another procession through the streets of London as Big Ben tolls continuously.

1 p.m. (8 a.m. ET): The coffin arrives at Wellington Arch in London, where it is loaded into a hearse.

4 p.m. (11 a.m. ET): The Committal Service begins at St. George’s Chapel, conducted by the Dean of Windsor and ending with a blessing from the Archbishop of Canterbury.

7:30 p.m. (2:30 p.m. ET): Queen Elizabeth II is laid to rest in a private ceremony in King George VI Memorial Chapel at Windsor Castle. She will be buried with her late husband, Prince Philip.

Based on information of Time Magazine and BBC.com